Going into recruitment, I had no idea what to expect.  I didn’t know what the word sorority even meant, and I was at a huge disadvantage.  Everyone will tell you to “be yourself,” and that’s true to some extent, but there are certain things a sorority looks for. I created this blog primarily to help girls through recruitment by giving specific information that no one else will tell you. So, let’s start at the beginning. What is recruitment?

Although recruitment is the word you’re supposed to use, a lot of girls call the process rush because of the intensity involved. Parties are timed to the minute, and you usually have anywhere from 5-10 minutes in between to get to the next house. Imagine frantically sprinting in 90 degree weather wearing a white dress and 4-inch heels.  You finally line up and have about twenty seconds to reapply deodorant, eat a breath mint, and prepare yourself for an awkward conversation.  Fun, right? Well, it actually can be if you know what to expect.  Parties are the time you’re actually in the sorority house meeting girls. On the first day, you’ll go to one party at each house. There will be light conversation about your major, your transition to school, your friends, etc., and you’ll probably be shown a movie. Each day moving forward, you’ll have fewer parties, and each that you attend will be longer and more serious as the week goes on.

What actually happens in a party? Firstly, be prepared for everything to move fast! Sisters will usually be in line clapping and singing a song that will get stuck in your head later on, while the recruiters each grab a girl walking in and lead her to an area. You’ll chat with the first girl for a bit before another will come over and they’ll switch. It might be an odd transition, because keep in mind that they’re only a year older than you and also have no idea what they’re doing, but just go with it. In general, with the exception of the last day, you’ll talk to about 3 girls at each party.

After all of your parties for any given day are over, you’ll vote.  At my school, we “released” 2 sororities each day, so the choices narrowed down pretty quickly, and the stakes got really high really fast. At the same time, the sororities are voting on you, but don’t get too scared because recruitment is technically a mutual selection process.  This means that the sororities you actually go back to the next day had to want you and you usually had to rank them highly (although to be honest, you can sometimes get some that were not on your list at all). At the end of the week, you’ll hopefully be left with two sororities you really like for preference. This is the night that you want to look and talk at the top of your game, and instead of convincing them to give you a bid, this night is all about them convincing you to take one.  Be prepared for girls to hysterically cry and have lots of inside jokes and stories that you might not understand.  You’ll hear the word “values” a lot.  The idea is that you can really see yourself in the sorority on a deeper level.

You’ll have your last night of voting and won’t open your bid card until the next morning when you find out where you ended up. The recruitment advisors will probably freak you out with words like “silent bid night” which means you’re not allowed to speak to anyone until you vote. Getting this bid card is also a mutual selection process. If a sorority ranks you really highly but you put the other sorority first during voting, the numbers are sort of averaged out to determine where you end up.

Hopefully, this first post gave you a general idea of how recruitment works! Stay tuned throughout the summer for more specific posts covering outfits for each day, conversation practice, social media, and other important topics, as well as some fun tips for those of you who are already sisters.

3pm Pick Me Up: How to Make A Delicious Midday Smoothie That Wakes You Up 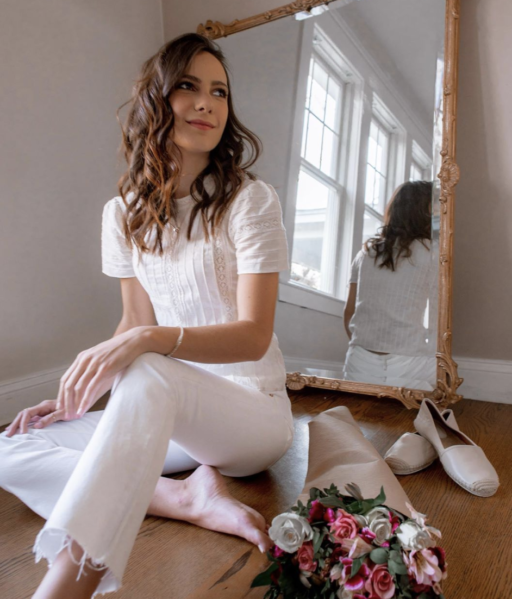 Hi, I'm Alex, a lover of effortless elegance, classic vintage inspiration, and all things feminine. I use Chasing Daisies as an outlet to share my take on seasonal trends and ways to make the old new again. Welcome!

To get in touch with me about collaborations or for questions or comments, email me at:

Some of my posts may contain affiliate links, which means that if you make a purchase through a link, I'll receive a small commission at no extra cost to you.  My opinions are always 100% honest and I never promote something I don't love! Click here for my full privacy policy and disclosure.